In 1981 Shambhala Publications published The Power of Limits: Proportional Harmonies in Nature, Art and Architecture by György Dóczi, a Hungarian architect. The book was a near instant success. Its contention rippled through the ether of mysticism and wonder – an iconic “meme” for artists, mathematicians, stock brokers, the counter-culture and inquiring minds seeking a code to health, wealth and happiness.

Dóczi argues that the Fibonacci Sequence – an infinite series of numbers where the next number is found by adding up the two numbers before it – creates a pattern that is seen in nature at all scales.

The pattern geometrically is a “logarithmic spiral, characterized by the golden section’s proportions … and called the pattern of ‘whirling squares.’” In nature, the nautilus and fiddlehead are the often cited examples of this spiral. 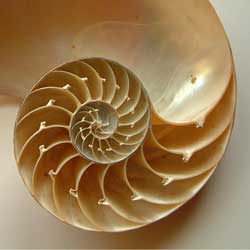 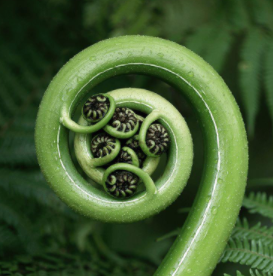 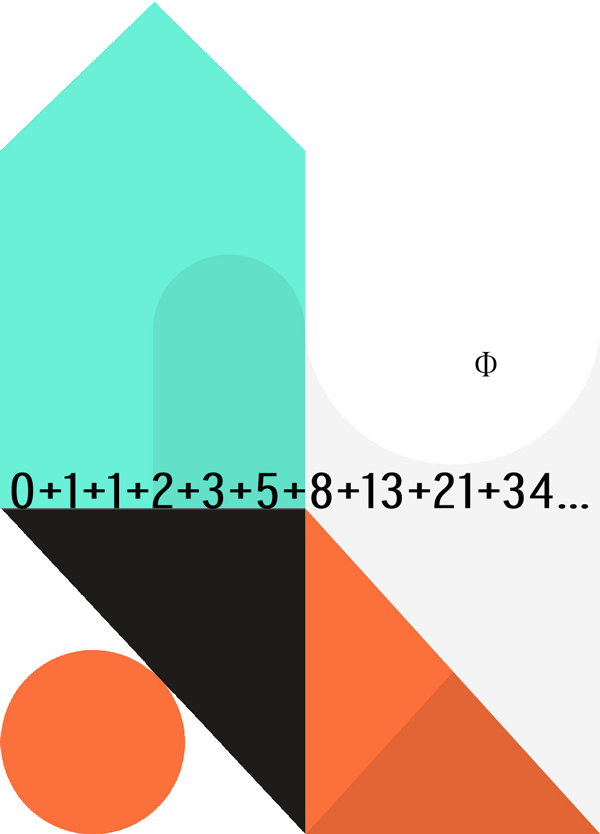 Two sections or quantities are in the Golden Ratio if their ratio is the same as the ratio of their sum to the larger of the two quantities. This proportion is also defined by the Golden Mean or non-repeating number Phi (Φ) = 1.618033988749895… 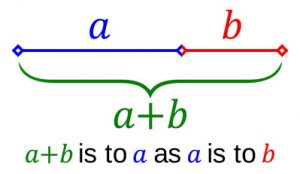 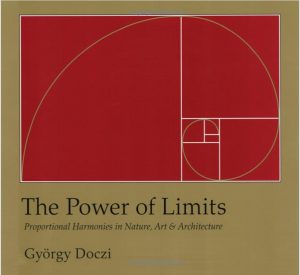 For “Cameron Taylor,” the arc created by the pattern of whirling squares forms an obvious “C”, and the “T” inside a circle references the trademark and registration symbols … TM & ®.

Below is a  DigiFLIP 4-D Puzzle Card … a cleverly constructed paper template by Relyco paper company (relyco.com) that folds like a Chinese puzzle in on itself. The paper is run through a desktop printer – front and back – producing a unique marketing promotion for illustrating whatever … for me, the Fibonacci Sequence.

“Brute force is not sovereign in this world. What is sovereign is the limit. Every visible and palpable force is subject to an invisible limit which must never be crossed. In the sea, a wave rises higher, but at a certain point she is trapped and forced to descend. This is the truth that lives in our hearts every time we are penetrated by the beauty of the world.”

“Appearing in Greek thought at least as early as the Delphic Maxim – ‘nothing to excess’ – and emphasized in later Aristotelian philosophy, the golden mean or golden middle way is the desirable middle between two extremes, one of excess and the other of deficiency.”